Since 2012 Ivor Cummins, The Fat Emperor, has been intensively researching the root causes of modern chronic disease. With an undeniable ability to detect contradictory science (and flat out lies) Ivor has correctly predicted so much of what has already happened during the pandemic and it appears he has a good idea of what’s still to come.   In this episode of Renegade Radio the author of the excellent book “Eat Rich, Live Long” gives us an absolute masterclass on getting and staying healthy during the pandemic (and beyond).  He also exposes so many of the lies we’ve been led to… continue reading. We’re back this week with another info packed Q&A episode thanks to the great questions you guys sent me.   We cover the best muscle building exercises, the Push/Pull/Legs split that I do personally and prescribe to many of my clients, how to fix tight shoulders and a lot more. If you want to know more about how to build a strong and jacked body, without wrecking your joints to get it, this one’s for you!   Scroll Down for Show Notes: Click here to subscribe via… continue reading. In 2009 Ashley Stahl was a lot like many of you may be now; confused, exhausted and unsure of what you’re meant to do for a career.   Sick of applying for jobs, she considered starting her own business but panicked at the thought of creating money out of thin air.   Fast forward to today and she is a career coach, empowering people around the world to discover their authentic careers, land more job offers and launch their dream businesses.   So, how did she make the leap from a struggling employee tired of pretending to be someone else to a successful… continue reading. 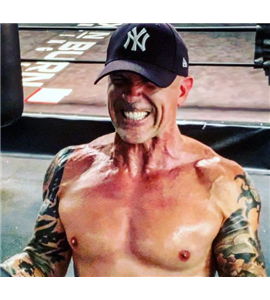 We’re finally settled in Austin, and I’ve got another info packed listener Q&A session this week. If you’re busy AF (as we all are) and think you don’t have time to get jacked and feel great, this is the episode for you. Thanks to everyone who submitted questions. Please keep them coming and I’ll keep cranking these episodes out for you. Scroll Down for Show Notes: Click here to subscribe via iTunesClick here… continue reading.

A Masterclass in Health with Shawn Stevenson – Episode 360 “4 TRILLION dollars was spent in the US healthcare system this past year and you can’t even prevent a f*cking cold?  We could be saving so many lives if the system was focused on health.” Shawn Stevenson is the creator and host of The Model Health Show.  Each week he releases a “masterclass” episode diving into a wide range of health-related topics.  He uncovers the very best health information in the world and helps people create their own unique model of health, happiness and success.   This week Shawn brought his masterclass right here to Renegade Radio.  We cover why the… continue reading. David Nurse is an NBA life optimization coach, future bestselling author, and worldwide motivational speaker.   A former pro basketball player and a coach for the Brooklyn Nets, David has helped over 150 NBA players with their personal and professional development both on and off the court.   His new book, “Pivot & Go: The 29 Day Mindset Blueprint to Redefine and Achieve YOUR Success” is a hands-on blueprint to changing course and leading the life you want to live.   In this episode we discuss David’s background and how he ultimately became… continue reading.

Defending Yourself Against Disease with Dr. Michael Lewis – Episode 358 Dr. Michael Lewis is an expert on nutritional interventions for brain health.  He is also a huge proponent of using proper nutrition for optimizing your gut health, building your immune system and safeguarding yourself from disease.   Dr. Lewis shares simple and effective tips for boosting your immunity, discusses the mistakes that have been made during the pandemic and details a more effective approach going forward, and teaches you much more that will help keep you healthy and strong!  Scroll Down for Show Notes: Click here to… continue reading.

Elevate: Become a Better Leader and Learn How to Connect with People with Jake Kelfer – Episode 357 Although everyone said he was crazy, Jake Kelfer walked away from an awesome job with his favorite team, the LA Lakers, to start his own business.  Just a guy with a dream and the determination to make it work, Jake made progress through his relentless pursuit of success and his willingness to be his best.  In less than 2 years he was making more money than ever before while doing work he truly loves.  Because of his gratitude for all the people who helped him along the way, now his mission is to help other people achieve their highest level… continue reading. I’ve been in the fitness industry for over 25 years.  In all that time I’ve learned what works and what doesn’t for building a successful fitness business.   It’s taken me years of hard work, a sh*t ton of personal development, and a lot of overcoming setbacks and failures to get my business where it is now.   But what if I were just starting out today?  What would I, in 2020 and beyond, do to build a successful fitness business?  That’s the question at hand in this episode.   Because a lot of you are either wanting to get started or you’re… continue reading. “Don’t Quit” is the mantra of Jake Steinfeld’s life.   The Chairman and CEO of “Body by Jake,” he was the world’s first professional fitness trainer.   The man created the industry we know and love today and opened the door for people to make an incredible living through their passion for fitness.   This amazing episode was instantly one of my personal all time favorites.   In a style that is all his own Jake shares stories, strategies, insights and wisdom that can help anyone achieve anything they set their mind to.  He gives us a glimpse into the infectious personality that has… continue reading.

How to Get Stronger Every Week, Optimize Your Protein Intake, and Get Your Abs to Pop – Episode 352 You guys had a ton of great questions for me this week. So this episode is packed with info you need to take your physique to the next level. We’ll get your exercise selection, set up and execution optimized. We’ll get your diet on point. And we’ll get your abs to pop.  Bottom line, you wanna know how to build a badass body, THIS is the episode for you! Scroll Down for Show Notes: Click here to subscribe via iTunes… continue reading. How to Fix Your Digestion with Wade Lightheart – Episode 350 “We aren’t what we eat.  We’re what we digest, absorb, and utilize.”   Wade Lightheart has built his career on helping people understand this philosophy and implement it in their lives.   He is the co-creator and President of biOptimizers, a company that delivers the best in health and nutrition supplements.  A 3-time Natural Bodybuilding Champion, Wade is one of the world’s premier authorities on Natural Nutrition and Training Methods.   If you want to know how to improve your physique and optimize your health, we have ya covered in this episode.   Scroll Down for Show Notes:… continue reading.