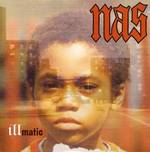 “At first I was afraid, I was petrified…”

No way they’re playing this…

“Kept thinkin I could never live without you by my side…”

What did I do to deserve this? Say it aint so.

Holy shit, they really are playing I Will Survive, in a “gym” in New York City. How a travesty like this could ever be allowed to occur is something that will always boggle my mind.

If you own a gym or training center of any kind, one of your main responsibilities is to have a fairly decent knowledge of music. To know nothing whatsoever about music and pay no mind to what is playing in your facility is downright negligent.

In this day and age it is unacceptable to ever hear a commercial in a gym or training center. With iPods and satellite radio readily available, allowing commercials to air while people are trying to squat is unforgivable.

If you own a training facility you have those two options. You either buy satellite radio or you make 12 hour mixes on your iPod and plug them into the stereo system and allow it to play all day long. If you own a hardcore powerlifting or sports performance place, stick with rock, metal and hip hop. If it is more of a mainstream, commercial place you probably want to cut out the metal and stick to rock and hip hop.

Gone are the days when only a small rebellious group of individuals listen to hip hop. Now it is as widely accepted as mainstream rock like Bon Jovi or Bruce Springsteen. To not have it playing would actually seem a bit strange and like the gym you are running is out of the loop and behind the times. I have a good female friend who is quite wealthy and recently turned 50. Her current favorite song is I Wanna Love You by Snoop Dogg and Akon. Everybody listens to hip hop. Don’t be afraid to play it because you don’t want to offend people. Not playing it will offend just as many people.

If you run a training center at a private country club and all of the members are wealthy men in their 50’s and 60’s, get Sirius Satellite Radio and tune into the classic rock station all day. It’s not really that hard to figure out.

Find out who your clientele are and put on some music that everyone will enjoy training to throughout the day. Believe me, it aint country, disco, hit’s from the doo wop era or commercials.

I am continually shocked every time I go into a gym and hear regular old FM radio playing or some absolute horseshit mix of stuff no one has ever heard of or would ever want to hear of. Music is one of the most important elements in creating the right environment in your training center. In many people’s minds, including mine, it is the number one determining factor of how much they like training at your facility. I don’t care what the place looks like or what equipment you have, if I walk in and Flashdance by Irene Cara is playing, I’m outta there. I know tons of people who feel the same.

Of course you always have the option of playing your iPod in a place like this but I just think it’s time for gym owners to wake up and step it up a notch. This is something so important, so easy to fix but yet so often overlooked. Paying attention to detail is always one of the most important things in life and this is one small detail that should never be overlooked.

By the way, The Re-Up by Eminem and Hip Hop is Dead by Nas are two great new albums worth checking out.

Top tracks are The Re-Up, Wer’e Back and You Don’t Know on Eminem’s album and Money Over Bullshit, You Can’t Kill Me, Hip Hop Is Dead and Black Republican featuring Jay Z on Nas’ album.