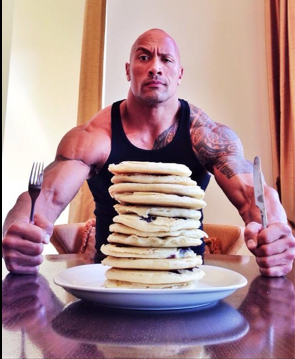 There’s never a time in your life when you’ll build more muscle faster than somewhere between the ages of about 16 and 22 (or up to 25 for some people). Your anabolic hormones are cranking, your recovery ability is through the roof and your digestive system is performing at peak capacity.

Even if you don’t eat above maintenance or do any strength training at all you’re still going to build muscle and gain a significant amount of weight. Everything is growing throughout your teenage years.

If you do the right things, training and nutrition wise, you can dramatically enhance that and pack on size in a two or three year time period that guys in their 30’s wouldn’t be able to gain in a decade.

So please stop wasting these precious years. You can never get them back. Stop jumping from diet plan to diet plan and workout to workout. You’ve gotta get focused.

If you’re 21 years old and you’re eating with the primary goal of living to 110 I promise you you’re not going to gain any significant amounts of size and strength.

Fifteen years or so down the line your digestive system won’t be able to tolerate the same foods it can today and it will force you to start to clean up your act a bit. Take advantage of that while you can or you’ll just be sabotaging yourself and will never come close to reaching your goals.

There’s nothing worse than training for a decade and waking up one day realizing that you’re really not that much bigger or stronger than you were when you started. Sadly, that’s what happens to the majority of people. Then they want it all in their late thirties or early forties. But at that point they’ve already let their peak years for this stuff pass them by. Huge gains in size and strength will be harder to come by.

A forty plus pound muscle gain in a three year period isn’t unusual for a guy who does everything right starting at around 17-20 or so. But it’s highly unrealistic that a guy who’s 43 would be able to do that by his 46th birthday, even if he is a raw newbie. In 99% of cases it would be impossible.

So start eating like you mean it. If you stay ripped then that’s going to be about 3-4 large meals per day and some liquid protein and carbs around training. If your metabolism is humming along and you don’t have any problems staying lean then have carbs, protein and fat at every meal.

When you have to eat 4,000-6,000 calories per day to gain size you want to make sure a lot of those meals are easy going down. You can’t be chewing through a big, lean, dry steak and broccoli all day. It’s too time consuming and daunting.

For gaining size there’s no better meal than a big bowl of grass fed ground beef or bison and organic Jasmine white rice. If I had to pick only one thing to feed a dude looking to get jacked that would be it. Throw in some greens and you’re good to go. That goes down easy and doesn’t leave you stuffed to the gills. Make that a staple.

Another one is 6-8 scrambled eggs and a big bowl of hot rice cereal with berries. If you need to throw some organic honey or maple syrup in there to make it easier to get down then so be it. You can also add some almond, hemp or raw milk to it and a tablespoon of nut butter.

Or you can make protein pancakes by cooking gluten free oats then mixing and egg or two and some protein powder in them then frying them up in a bit of coconut oil or grass fed butter. Throwing some blueberries in there works pretty well too. If you struggle for calories and always keep your abs then cover them in butter and organic maple syrup and wash them down with a glass or two of milk.

There’s nothing magical about having liquid carbs and protein right after training but it simply allows you to get more easy calories in. So drink some protein and carbs at that time then eat another big meal 60-120 minutes later.

For some more extra, easy calories, cook in lots of coconut oil and grass fed butter and add more of it or some olive oil to the top of whatever you’re eating.

What if You’re Skinny Fat?

In this case the game changes completely. Skinny dudes who always have abs can overeat themselves to twenty pounds of muscle in a year by doing what I recommended above. Skinny fat dudes who have the tube steak arms with zero definition, little pot belly and soft pecs while weighing 135 (like I did as a teen) have to follow a much stricter plan. As does pretty much everyone over 35.

In this case I’d recommend timing your carbs, meaning you should have them around workouts and at night. The rest of the day should be protein and fat meals with some greens.

For everyone who doesn’t stay naturally ripped with abs always showing and a vein running down your biceps, I recommend following The Renegade Diet. Unfortunately, if you were dealt this genetic hand you won’t be able to gain size at the same rate as your ripped, genetically blessed counterparts, but it is what it is and you’ve gotta make the best of it.

If you’re skinny at 18% bodyfat gaining size is always going to be a pound-your-head-against-the-wall struggle because most of the weight you gain will be fat. Your belly and tits will get bigger at a faster rate than your arms and traps.

That’s why you should always lean down first. So that when you try to gain size more of the calories are partitioned to muscle building rather than fat storage.

After you’ve leaned down you will still always have to fight the skinny-fat gene. That means you can’t go on an old school bulking plan. At that point you’ll continue to follow The Renegade Diet, but simply bump up the calories and possibly add another meal earlier in the day.

You’re only young once. Don’t waste those precious years.